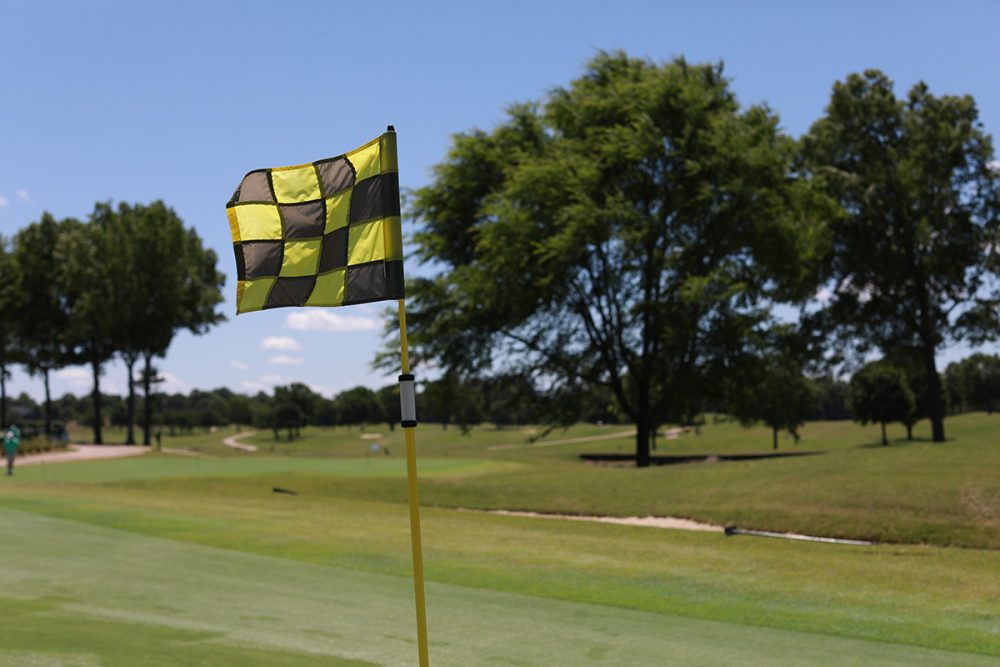 The Flagstick: In or Out?

Now that most course now allow players the option once again, it begs the question:  Which is better, flagstick in or out?

Tom Mase, Ph.D, a professor of mechanical engineering at California Polytechnic State University and member of the Golf Digest Technical Panel, conducted a study to analyze the effect of the flagstick on putts.

Dr. Mase conducted his testing with college golfers and the use of a putting machine called the Perfect Putter.  A variety of flagsticks were tested rolling putts designed for center and off-center impacts.

Putts were also rolled at a variety of speeds, designed to carry the ball anywhere from 2.5 feet to 12 feet past the holes.

For putts rolling 2.5 feet past the hole, the results showed no advantage or disadvantage to leaving the flagstick in.

Others have hypothesized that leaving the flagstick in on long putts would provide a visual benefit.  The testing conducted by Dr. Mase with elite college players on this hypothesis was inconclusive.

While further and perhaps more in-depth studies on this subject will likely be done, this data suggests the following strategy on the greens:

If you face a long, fast putt where there is a risk of rolling the ball way past and you are content to 2-putt, Ieaving the flagstick in is probably a good idea.  However, on any putt you are trying to hole, you should take the flagstick out or have it attended.