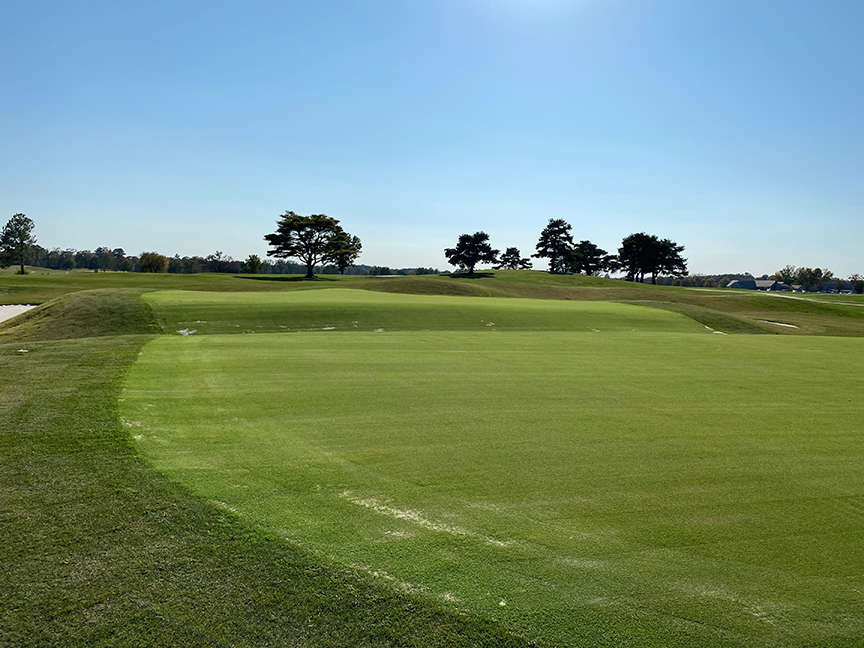 “Biarritz” Green is as Hard as it Sounds

As I noted in a previous post, architect Charles Blair MacDonald got the inspiration for most of his of template holes from golf courses in the British Isles.  The Biarritz is an exception to that rule.

The name comes from the par 3 third hole at the original Biarritz le Phare Golf Club in southwestern France.  It was designed by prominent English golf professional and course designer Willie Dunn Jr. in 1888.  Sadly this hole, which was known as “the chasm” no longer exists.  It was damaged during World War II and a hotel was later built on the original site.

Typically features of a Biarritz hole include:

Perhaps the most famous version of this green in America is the 9th hole at the Yale University Golf Course. It was designed by McDonald in the early 1920’s and is widely regarded as the finest collegiate golf course in the nation.

Bent Brook’s version of the Biarritz is the new 7th hole on the Windmill nine.  As with our other templates, architect John B. LaFoy has done an outstanding job of creating a challenging but playable version of this famous hole.

The green is massive, measuring 52 yards from front to back and over 11,000 square feet.  The swale that bisects the green, while prominent, is not as severe as other versions.  With five different tees and such a large green, this hole can play anywhere from 85 yards to 275 yards.

To the best of our knowledge this is the only Biarritz green in the state of Alabama and we are excited to provide our patrons with the unique challenges of this iconic design.