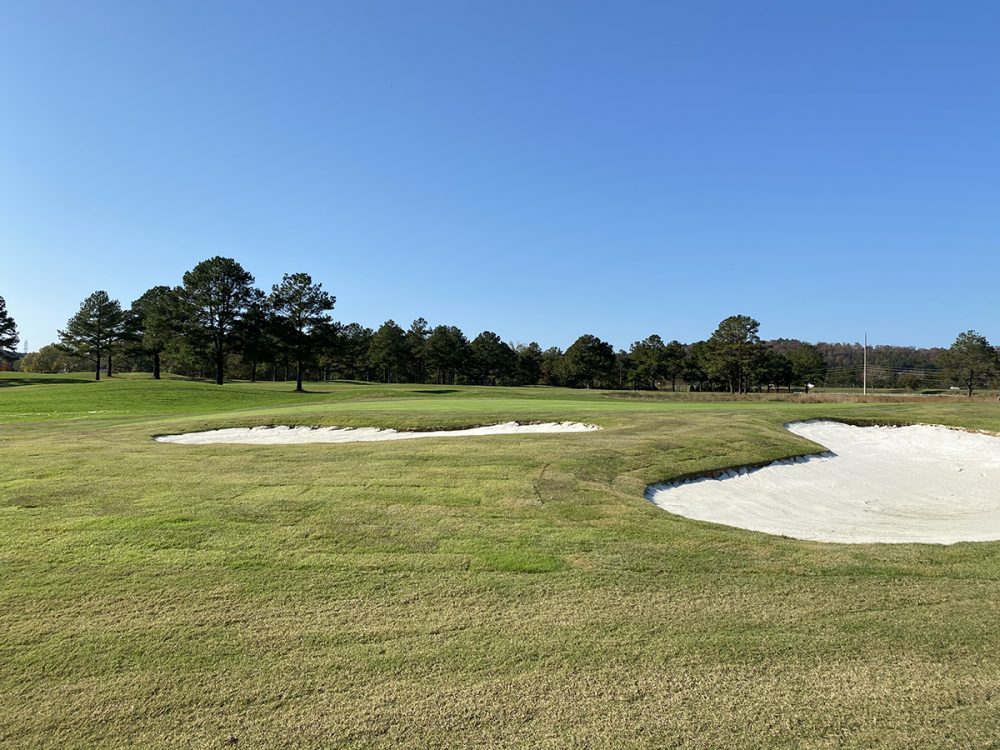 In a previous post I introduced you to Charles Blair MacDonald the “father of American golf course architecture” and the concept of template holes.  Today we will go into more detail about the Redan hole, which is probably the most famous and most copied of the template holes.

The original Redan hole is #15 at North Berwick Golf Club in Scotland. A British military officer who served in the Crimean War is credited with giving this famous hole its name.  He said it reminded him of fortresses or “redans” he had encountered.

Typically features of a Redan green include:

C.B. McDonald himself said, “take a narrow tableland, tilt it a little from right to left, dig a deep bunker on the front side, approach it diagonally and you have a Redan.”

The first Redan hole built in America is #4 at National Golf Links of America and was designed by McDonald.  Perhaps the most famous redan hole in America is #7 at Shinnecock Hills which has hosted numerous United States Open Championships.

Bent Brook’s version of the Redan is #6 on the Windmill Nine.  It features the typical large bunker left of the green with three smaller bunkers on the right.  The front portion of the green slopes toward the fairway with the back portion sloping right to left and away from the fairway.

Architect John B. LaFoy has done an outstanding job of creating a version of this famous hole that is less severe and more “playable” than the original while still providing an excellent challenge.