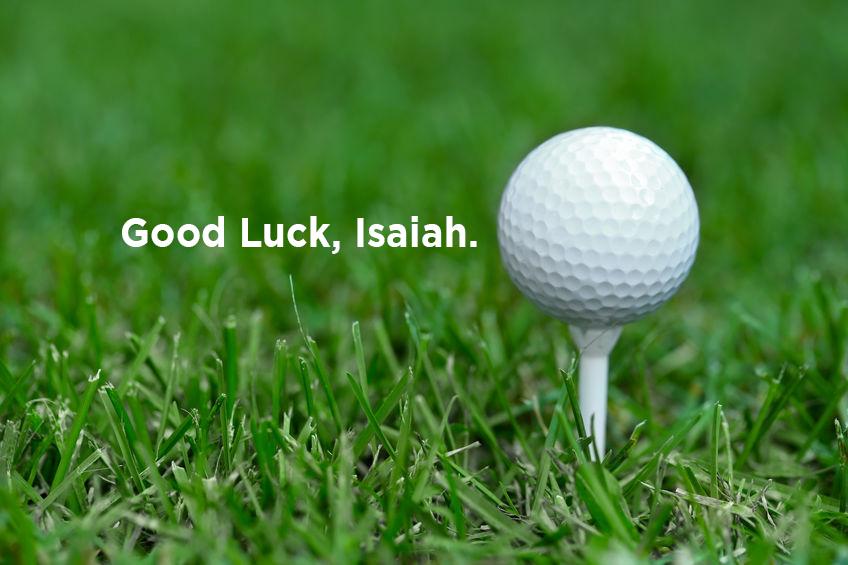 This week we have one of our students from the Hank Johnson School of Golf at Bent Brook making his PGA TOUR debut at the Sanderson Farms Championship in Jackson, MS.

Isaiah Jackson has been a student of Bent Brook Director of Golf, Mickey Smith, since 2012.  He recently won the 2020 Mississippi Men’s State Amateur and earned an exemption into the Sanderson Farms event. www.sandersonfarmschampionship.com.

Isaiah’s 2016 graduating class from Red Bay High School had 48 students.  Being from a small town and a small school he went unnoticed by Division I college golf coaches.  He played at Meridian Community College for 2 years where he had 4 tournament victories and became the top ranked player in NJCAA Division II golf.

In 2018 he transferred to the University of Memphis www.gotigersgo.com, where he won the prestigious Patriot All-America Invitational.

The Patriot All-America is an elite individual tournament that invites players who have earned PING All-America honors at all levels of NCAA men’s golf including Division I, Division II, Division III, NAIA and NJCAA.  With the possible exception of the NCAA Championships, it is arguably the toughest field in college golf.  Isaiah’s victory gave him his first taste of professional level competition by earning him spot in the 2019 Wichita Open on the Korn Ferry Tour.

Will history repeat itself?  Unlikely, but it is fun to speculate.

As his swing coach I am hoping he plays well and learns some valuable lessons from his first official PGA TOUR start.  Hopefully there will be many more.

I can’t be with you this week, but Coach Mickey will be following your progress at www.pgatour.com.